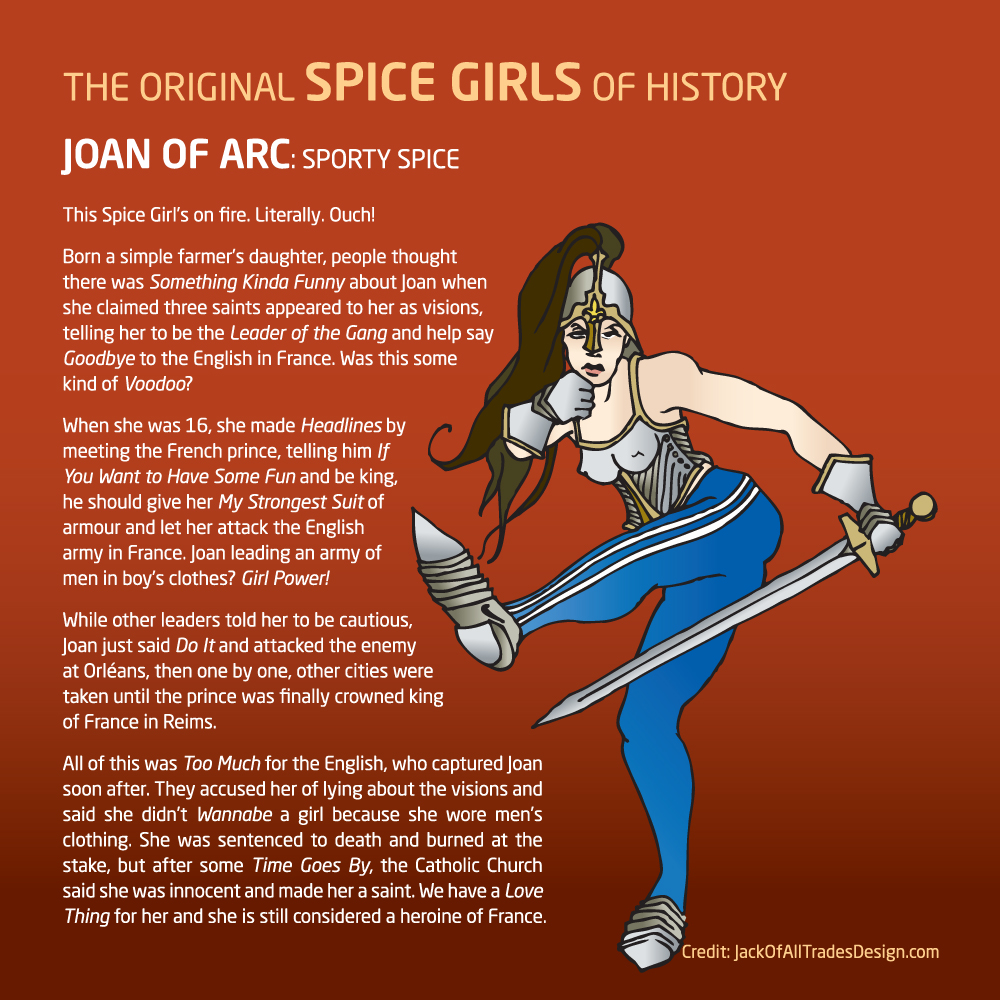 Check out the second graphic in our Original Spice Girls of History series, featuring Joan of Arc as Sporty Spice. Hollering as the leader of the French army in the Hundred Years War against England, Joan helped the French regain much of the land of modern-day France from the English, but was burned alive after being declared a heretic. Stay tuned for the other Spice Girls who helped shaped history.