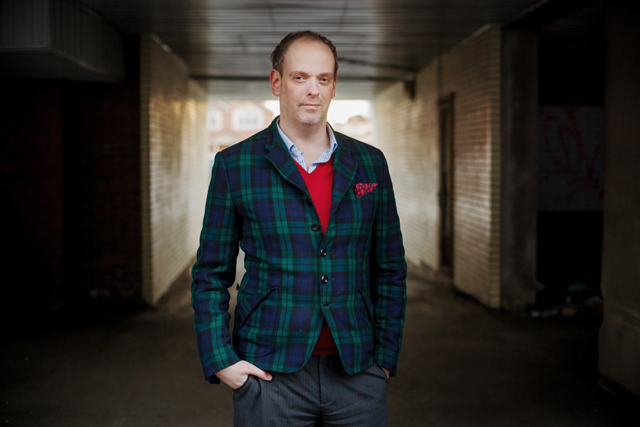 Glenn Crawford, is an entrepreneur/designer with an extensive background in design, service, journalism, art, communications and marketing. Born in Edmonton, Alberta, he was raised and has lived in Ottawa, Ontario, since the age of three.

A literal Jack Of All Trades, Crawford has an education in small business management and Web design, and has worked as an illustrator, retail manager, teacher, journalist, events coordinator, graphic designer and a communications officer before finally heading his own company, Jack Of All Trades Design in 2003. He also proudly served as the chair for the Village Committee, from its foundation in 2006 until 2012—when Village street signs were successfully installed along Bank Street in downtown Ottawa.

Crawford loves his work and it shows! He enjoys putting all his many skills to use to make innovative, exciting and eye-catching designs and making his clients thrilled with the results. His friendly, supportive style makes his clients feel at ease and feel confident in his workmanship and professionalism.

Enjoying the process of design and creativity, he prefers to leave his ego at the door and welcomes clients’ suggestions and requests in the attempt to create a final product that is 100% satisfactory. Glenn Crawford loves a challenge and enjoys working on unique projects that allow him to think outside the box.

In 2018, Crawford celebrated his 15th anniversary in business as owner of Jack Of All Trades Design. He has built up a wealth of experience and an impressive portfolio of work, designing thousands of printed and online projects for such  prestigious  clients as the Lung Association, Canadian AIDS Society, Canadian Federation of Sexual Health, Ottawa Police Services Gallery 101 and the Village Legacy Project, where he also works part-time as a designer, researcher and writer.